Tips for travelers to US from India in Winter

I have recently traveled from India to US. My friends and well wishers have told me many things which have been very helpful to me here. There are some other things which I found helpful here. So here is the list for winter.
1. The coolness in US like nothing you have seen in India. Here you cannot even stay for two minutes. So you should have things to cover you from head to toe. So get a good jacket, cap or scarf, gloves and shoes.
2. Next if you wear one layer of clothes is not sufficient to beat the cold here. There are thermal clothes available in Hosiery. Get them.
3. Next here you shouldn't wash clothes in your home. You should by mandate go only to the washers and get them washed. So don't get any soaps from India as you will not use it here.
4. The body soaps which we use in India are not useful here. They take all the moisture from our face and body. So only Dove can be used here.
5. Here transportation is not cheap. So always try to stay where you have to travel to most i.e your workplace.
6. If you have to stay for a long time, get your International driving permit from India only as it is cheap there and life is difficult without a car in US. More about here.
7. Get rice, pulses and tamarind from India. And if you have an Indian grocery nearby, you can get some frozen parathas which are good but rice, pulses and oil is costly. But oil might not be allowed to be brought so get the other things.
8.Don't buy sports shoes from India. They cost the same here or there. So you are better off buying them here.
9. Milk and Curd are relatively affordable. So you can have cornflakes for breakfast.
10. After settling here, go to Walmart and Costco once to get the other important things.
This list is a work in progress.. If any of our readers can add anything, please comment or send an email to me.
You have to build credit history before you can get legitimacy in U.S. I will write about the credit centered society in US and how to build a credit history in my next post. Stay tuned.
Posted by Ananth at 1:37 AM

Email ThisBlogThis!Share to TwitterShare to FacebookShare to Pinterest
Labels: air travel tips, india, US, us experience

Hi Friends,
It was snowing heavily and I ventured out to take few more pics for you.. :) 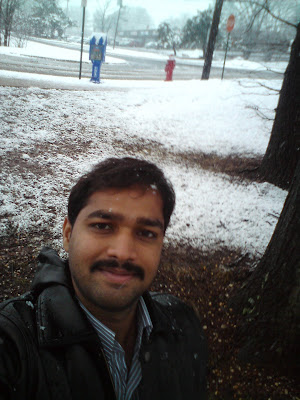 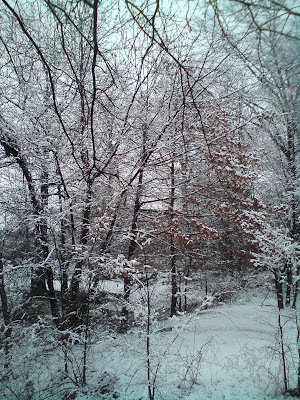 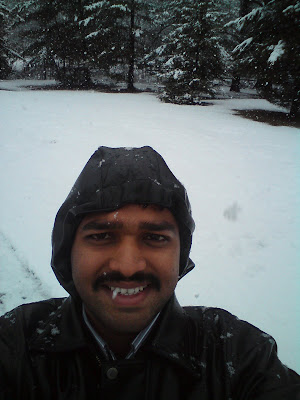 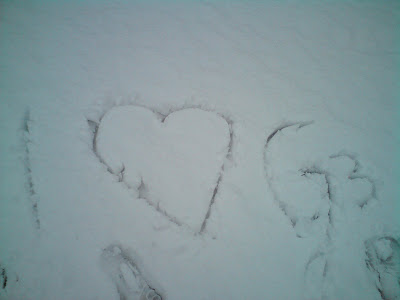 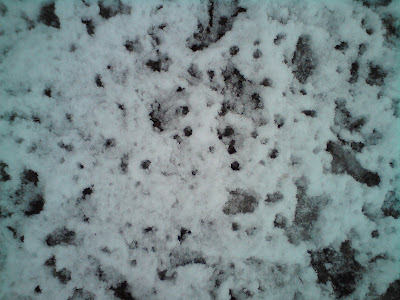 Wait, I will cover you fully - snow to the pavement 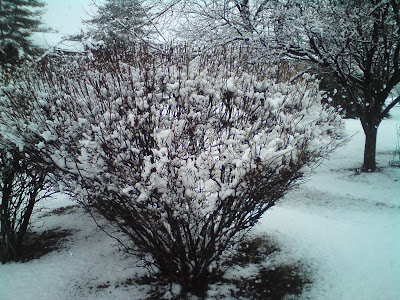 White leaves to a leafless bush 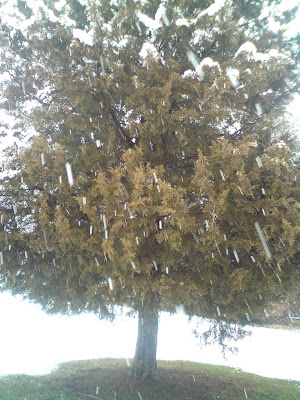 See the force with which it is snowing..!!!! 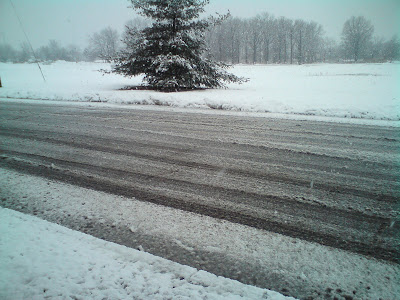 Snow on the road 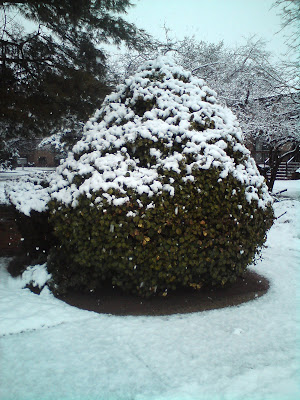 Links to this post
Email ThisBlogThis!Share to TwitterShare to FacebookShare to Pinterest
Labels: snow, US, us experience

Today, there is a snow storm in the US and hence we are working from home.
I have taken a few pics 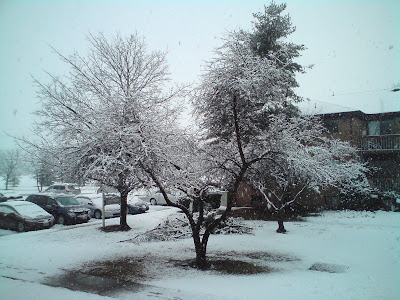 The beautiful trees behind my apartment. 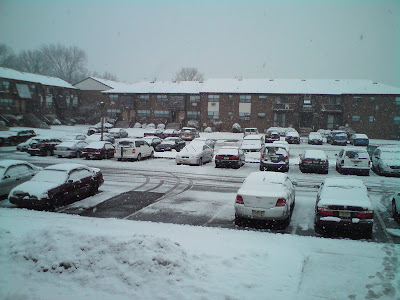 Infront of my apartment. See the cars :)

Email ThisBlogThis!Share to TwitterShare to FacebookShare to Pinterest
Labels: snow, US, us experience

US - Addicted to Cars a.k.a Car Stories

Image by Xabier.M via Flickr
Car Story 1:I and my colleague were going to a restaurant in a car and we saw a US citizen stop and give way to pedestrians.My colleague asked me to think of how the situation would be in India, where pedestrians will be waiting for a long time to cross a road. I said that they can afford to do that because people on cars is far greater than people walking on road. If people in India wait for passersby on the road then, they will be waiting for ever. Now you can understand how the situation is. One of my friends mom came for visiting US and she said that there are more cars here than people. If you are a first time visitor to the US, what strikes you is the ubiquity and indispensability of cars.

Car Story 2:You cannot do anything here without cars. People say that the first thing you have to get here is SSN. But I would say its not that. It is a car. Yes. If you dont have it, you are at the mercy of the cab drivers. I wanted to go to Walmart to buy some items. If it was in Hyderabad, I would have taken a bus and gone for shopping and even after changing some buses atleast I would have surely gone and shopped and returned. But here there is no such way. It is approximately three miles from my place. And I cannot walk till there. I had to book a cab, go shop and return in a cab.
Car Story 3: But I am not a person who gives up so easily. I wanted to explore public transport options. Usually I go to and come from office with a colleague and our journey takes approximately half an hour each way. And today my colleague is on leave. But I had to go to the office. So I looked up on google for the public transit options. There was a railway station in walkable distance (Lucky mee..!! ) . Here all the public transit options are towards New York and there are no cross cutting routes. Hence I had to go all the way to New York and then go back to where I work. So the up journey from Edison to New York was one hour and from New York to BernandsVille a station near my office took another hour. So totally a half an hour drive took two hours on public transit without car. And that railway station was nearly one mile from our office. So I had to walk all the way in the chilly weather. Thats when I decided the first thing I would get if I am going to stay for some time in US is a car.
Car Story 4: One of my colleagues took pity on my condition and offered to drop me home. It felt like ARR music to my ears. We were sitting in the car and he asked me what is the exit which I should take on my way home. I told I didn't know it and suggested that we stop on the way and ask someone where we should go. He pointed me to the road and asked me whom to ask. Everyone had a car and where whizzing past without giving even a look sideways. We were not able to find a single person on the road. Of course, the US people had a solution for it though. It is the ingenious GPS solution. You enter the address in the GPS machine and it will give you driving directions.. how cool it is.. but still not helpful at all to one who doesn't have a car..
But with this 4 stories I am more or less convinced that US is addicted to cars and due to the non-dependence on public transport, it is not improving to service additional routes. Hope you enjoyed this post. Comments are welcome... :)

After approximately 3 years of waiting, I finally got the chance to fly. Though I wouldn't say that this is the best time to fly as I married recently but I decided to utilize the chance that I got.

Click on the image for bigger view.
After flying for sometime, I watched the 'Shambho Shiva Shambo' movie for sometime and made some small talk with the German girl who was going on a holiday to the US. I asked her what which places she liked in Germany. She said that she doesn't like Germany much and she liked big cities and she is looking forward to her stay in New York. She also said that she didn't require a visa. They just have to fill a form online and they can come to US. That is the difference between our country and developed countries. And soon we were announced that we have to fill a US immigration form and landed and Newark International airport. Here the immigration and security check were easy. There were many many counters in the airport and hence our immigration was completed in 10 mins and baggage collection took sometime. I got my luggage and he asked me if there is any eatable. I told there are pickles. He stopped me and asked me to go to another counter. I was afraid that these will also meet the same fate as my Revlon perfume. But they just scanned my luggage and I was allowed to take it.
I should have been tired by the journey but I was very much excited by it. I just came and called the person I knew here. A black cab driver helped me in using the coin box. I got some loose change from the starbucks cafe in the airport. I called the cab driver in whose home I was going to stay and he asked me to stay in the airport for 15 mins. I decided to check starbucks so I took a 2 dollar coffee which was not so great as any amount of sugar was not sufficient to make the coffee sweet. After some time I came out of the airport. It was chilling. Thats when I understood how cold it is. Soon the cab driver came and I went to his room. I called home and intimated my safe journey and set out to explore New Jersey.
This is the photo of my apartment...

And this is outside my office.....
I will share some experiences of my stay in the coming posts.
Posted by Ananth at 6:19 AM

Before two years, when I searched for phone numbers for government offices on the internet, there used to be no results.
But this time, I had complete information about how to go about obtaining my marriage certificate. I could search for process of registration, then fine tune it with the law for AP and then search it further to find the sub registrar office in which I fall into. Whats more, I got the phone number of the office and I was very happy to have that received in a good manner by a person who more than answered my queries.
Thanks to the internet, google and Chandrababu Naidu all others who have worked to make this information easily accessible and reduced the pain of delivering government services. It can only become better from now.
Posted by Ananth at 7:17 PM